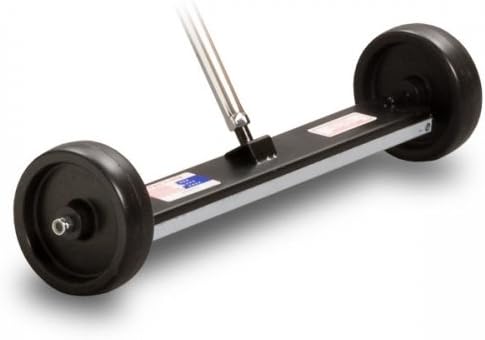 The Eco no-Mag Magnetic Broom is our most feature-packed magnetic broom! Powerful, economical, and light-weight, the Eco no-Mag is capable of holding a 50-lb. steel plate! This hard-working magnet is perfect for use on driveways, job sites and warehouse floors. Its removable handle makes for easy transport and storage.